I am delighted to inform you that I have merged DSK with The Mainstream Group; the formal merger took place on 1stJanuary 2018.

The Mainstream Group, has been trading for over 20 years, has an annual turnover of £18 million with around 130 employees, including over 60 instructors delivering a wide variety of courses within the care, hospitality, transport, warehousing and construction sectors. The company was Ofsted inspected earlier this year, with its status of Good being reaffirmed.

The combination of DSK and Mainstream will add considerable experience and depth to our existing delivery as well as significantly widening the number of courses that we can offer to our customers.

Mainstream already has strong island connections; two of its directors, Mark Smith and Venetia Coombs live on the island and already have other successful businesses here, additionally several of its shareholders are island people. I have known Mark and Venetia for many years and they were my first and natural choice when considering the next move for DSK, I have total confidence that the Mainstream team will take good care of the future of DSK.

As for me, I have taken a senior consulting position within Mainstream and hope to have the pleasure of working with you for many years to come, I thank-you for your continued support.

For further information on our courses you can contact us on 01983 865114 or visit www.recruitandtrain.com for information, course dates and bookings. 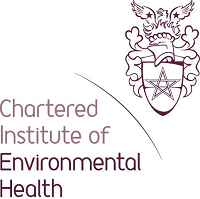